Guy Ferland
"Orion" is the fifth episode of the Paramount+ series, Mayor of Kingstown[1]. It aired on December 5, 2021.

Kyle and Ian are questioned by internal affairs in the wake of the shootout. Bunny asks Mike for help with a close family member.[1]

Kyle and Ian are being grilled about their involvement, with the higher-ups worried about the legality of the shooting. Mike implicitly trusts his brother and immediately steps in to try to get everyone to view this as a drug bust. Though initially some investigators are hesitant as no drugs had yet been found, everyone seems to bow to Mike's idea.

At the prison, the guards are having a congenial break when they notice a fellow guard sitting separately and eating Vienna sausages from the vending machine. The group tease the guard until he leaves, suggesting that the guards are not only fighting against the inmates but also amongst themselves. The same guards then discuss what they served a particular inmate, P-Dog, for dinner, which was actually human feces.

Mike then takes a meeting with a guy named Duchard, whose little brother has been imprisoned just for being present on a drug bust. He claims his brother isn't involved in that life and wants Mike to help get him be freed from the ramifications of it. Mike then meets with a representative from the District Attorney's office. His daughter has been murdered, but even though an inmate named Parker confessed to brutally killing her, he's since retracted his confession and her case was never prosecuted because they never recovered her body. Parker is set to be executed, but the attorney doesn't want Parker to escape suffering. He hires Mike to try to get another confession, which would allow them to take Parker to trial and put a stay on his execution.

Elsewhere, Iris arrives at the local Kingstown strip club where she's supposed to work while in town. Though she is a sex worker, she's not accustomed to dancing. According to Milo Sunter, sex workers walk the street in Kingstown, as opposed to the posh New York life Iris had previously been living. The men in charge of the strip club then make her undress to decide if she'll work out for them. Later, when she is encouraged to wear a G-string instead of dancing nude in order to leave a little mystery, Iris for her part says that the only mysterious thing about the human body is the eyes.

Mike and Bunny meet to discuss the growing number of problems the two men have encountered since Kenny's murder. Bunny complains that the guards are overstepping by feeding his crew feces, which Mike brushes off. He claims that he warned everyone about the fallout from working together to beat the child murderer to death, but also suggests that if they're complaining to Bunny then they aren't complaining about Bunny. Mike then asks Bunny to let go of Duchard's little brother, who it turns out is a straight-A student and did turn his life around after involving himself in the gang. Bunny initially says that this life isn't something you can quit, like the boy scouts, but then agrees to let the younger guy go and hang onto Duchard himself.

Mike also asks Bunny to ask around inside the prison and see what he can dig up on Parker so that Mike can use it to leverage a confession on his involvement in murdering the attorney's daughter. Bunny then asks for a favor in return, which is that he wants Mike to take his nephew Hakim to his hockey game, because Bunny himself can't leave. On their way, Hakim talks about how he wants to escape Kingstown and play for the Detroit Red Wings. Mike tells him that Detroit's just down the street and he should dream of someplace further away, like Tampa, Florida.

While Mike is enjoying a hockey game, the police department grab Carlos Jimenez off the street. Kyle and Ian seem on the outs with the rest of the department, who worry that their involvement will turn this operation into a shooting too.

Back at the hockey game, Hakim gets into a traditional hockey fight with another player and the kid's parent gets involved too, saying how Hakim should have stayed on his side of town and grabbing his face over the ice rink wall. Mike dives in, punching the dad and putting his cigarette out on his face. The game turns into a free-for-all between players and parents, but this seems to galvanize Mike, who promises to take Hakim to every game with a gang of supporters so that no one will touch him.

Afterwards, Mike and the assistant D.A. Evelyn are having dinner together. The dinner is incongruous, as she claims that Mike is the last person she'd want a relationship with, which is the most attractive thing about him, and that they shouldn't pretend to be more to each other than what they are. Mike subsequently pays for the meal and storms off.

Later, Mike and Bunny sit down to drink 40s together, with Mike complaining about the parents at the hockey game and Bunny impressed by how Mike responded. Bunny tells Mike that everyone else in his family is dead and laments what it means to be a Black man in present day America and what freedom is truly available to them. The two men then end up discussing the constellations they can see, with Mike describing how humans have looked up at these same constellations for thousands of years. 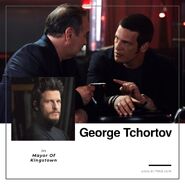 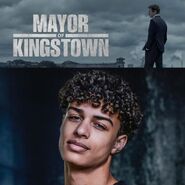 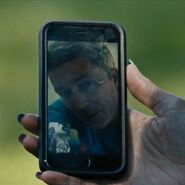